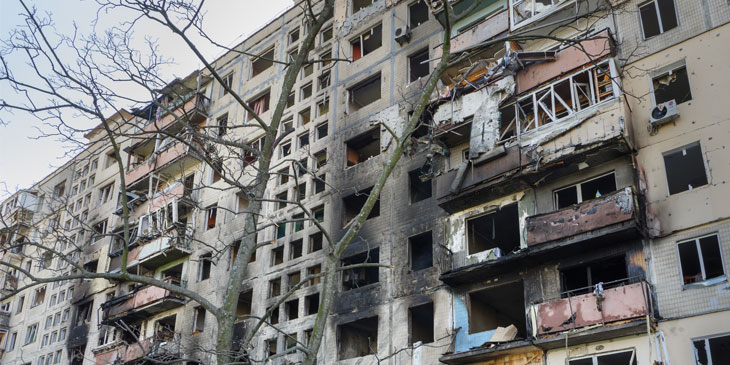 Beyond The Immediate Emergency Needs Hagen Focused On The Future … “REBUILD UKRAINE!” 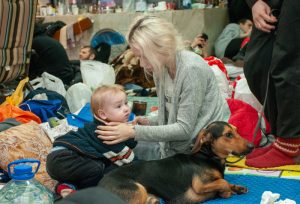 Hagen is returning to Ukraine this week with a truck and trailer for the primary mission of delivering newly purchased electronic medical equipment to the Pediatric Ward of a hospital in Lviv, Ukraine. He is also providing delivery support services to other major aid missions including World Central Kitchen, Save the Children, OpUSA, Nova Ukraine, Razom, and Project Hope transporting humanitarian aid.

This trip is being documented by cameraman Michael Murray, multi-Emmy Award nominated Director of Photography and founder of Adrenaline Films of Orlando FL, who produced Hagen’s acclaimed Swamp Ghost Documentary which airs regularly on HISTORY and PBS Networks across America.

Murray will be capturing film documenting the scale of the refugee and relief operations and the struggles and successes of the Ukraine military and volunteer defense forces.

While the asymmetrical warfare aspect of the Russian invasion, and the fierce defense of the homeland by Ukrainian patriots is a matter of great interest to Hagen as a war historian, as a construction entrepreneur, typically running as many as 60 multi-million dollar jobs simultaneously, Hagen is focused on the inevitable post-war rallying cry “REBUILD UKRAINE!”

“It is pretty clear that Putin’s invasion is in trouble in Ukraine and that the Russian dictator risks losing control at home by prolonging and exacerbating this quagmire,” says Hagen. “But because of the ruthless and inhumane Russian rocket and artillery attacks on major cities like Kyiv, Mariupol, Odessa, Kharkiv and most recently even western cities like Lviv, it is essential that the allies supporting the sovereignty of Ukraine look to the future needs of this embattled nation.”

Hagen reasons that if the 4 million or more refugees are to ever return to these historic and vibrant centers of daily life, enterprise and cultural growth, the next great challenge will be to “REBUILD UKRAINE!” 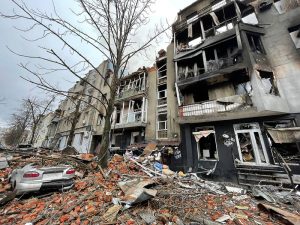 In that regard Hagen has reached out to Ukraine government officials in charge of national infrastructure and major building initiatives for a preliminary introductory meetings which will take the team to Kyiv, where Hagen is also seeking to help friends, business associates and attend to his own property holdings in the conflict zone.

“What we are witnessing here is not only a showdown between democracy and dictatorship, but the beginning of what may be in historical terms a smaller but no less epic 21st century version of the Marshall Plan,” says Hagen.

Watch this blog spot for new video and stories being posted while this mission to Ukraine is underway. Hagen and filmmaker Michael Murray will be working with humanitarian and Ukraine military units, offering fresh perspectives on the conditions throughout the war-torn country.