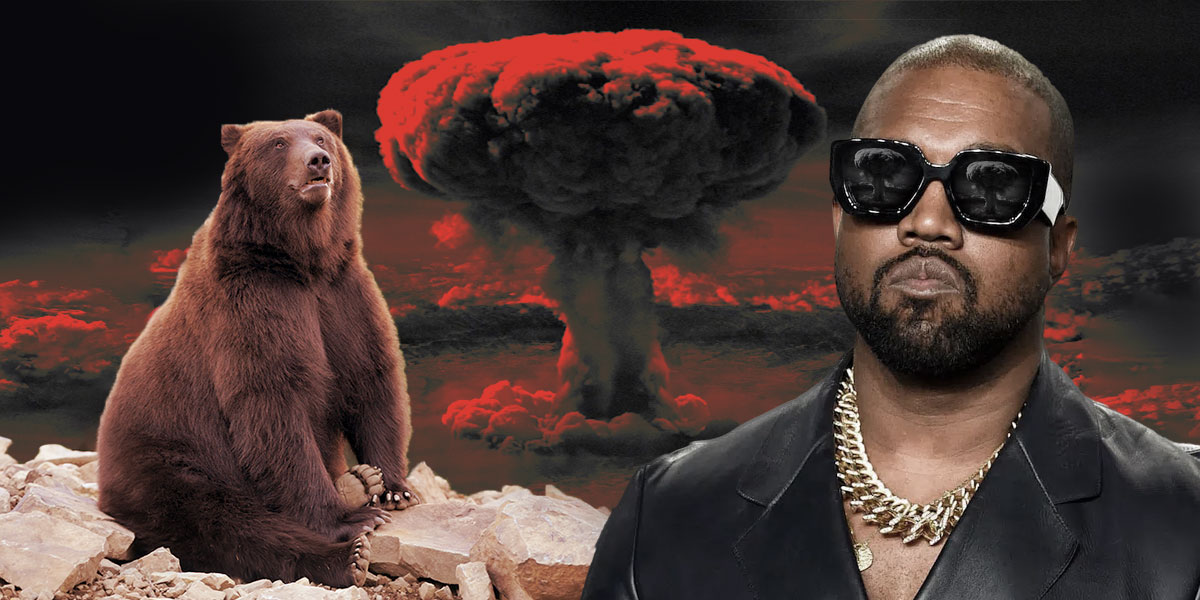 October 25, 1962: Sixty years ago today, a black bear apparently attempted to circumnavigate the security perimeter at Duluth Air Force Base in the dark of night… Duluth possessed over 130 Nuclear missiles and was on high alert due to the unfolding Cuban Missile Crisis. An alert sentry spotted the intruder and fired shots. The black bear lost interest and swiftly vanished into the woods… But not before triggering a security alarm!

US Military protocols to track the likelihood of Nuclear War were defined by Defcon levels 1 through 5 with 5 being the normal state of military readiness and Defcon 1 representing the outbreak of nuclear war. Defcon 3 requires the Air Force to be prepared to launch missiles and planes in less than 15 minutes. Defcon 2 signifies that the US military is ready for nuclear war with a finger on the “trigger”. The only occasion that the US graduated to Defcon 2 that I am aware of was during the Cuban Missile Crisis in October of 1962. It was at this tense moment that a misguided Black Bear made the unfortunate decision to wander onto the Duluth Air base in search of a succulent buffet of garbage from the post kitchen…

Twelve hundred miles away, my Father piled our family into his 1955 Chevy and we drove to the Philadelphia International Airport to observe the preparations for Armageddon. A swamp surrounded the airport and we motored down a two-lane road bordered on the left by the Tinicum Swamp and the airport to the right.

All across America, military jets sat at the end of runways with their turbines spooling as they awaited orders to go to Nuclear War. Philadelphia was no exception and I clearly remember the stark impression made on my five year old mind by a pair of Jets sitting at the north end of the Philadelphia Airport with flames flickering out of their jet engine shrouds. The pilots sat implacably onboard wearing helmets that made them look like star fighters to my youthful eyes. While I wasn’t entirely aware of the implications, the sense of excitement and foreboding were palpable both inside our ‘55 Chevy and the world outside our windows…

Unbeknownst to we lesser mortals, the alarms set off at Duluth Air Base were relayed to other neighboring bases. Unfortunately, an electrician had accidentally reversed the wiring for the alert conditions at Volk Air Base, some 200 miles from Duluth. The Black Bear alarm was received by Volk as an alert to go to Defcon 1 and scramble F106 aircraft armed with Genie Nuclear missiles. Ready and waiting warbirds began their take-off rolls.

Thankfully, a horrified officer at Volk made a confirmation call to Duluth and realized that the alarm had been issued in error. A Jeep was sent racing directly onto the runway to disrupt the F106 squadron’s take-off. A nuclear incident was barely averted.

I have no idea if a nuclear disaster would have unfolded if the planes went aloft or if they would have simply been called back. My point is that human error and accidents have the capacity to unleash forces beyond our control. There is an old adage that “no plan survives first contact with the enemy”. History teaches us repeatedly that well laid plans, preconceptions and overconfidence are the amongst the first casualties of any armed conflict.

The largely forgotten Black Bear episode has some tragi-comic elements but today, as we once again listen to dictators threaten nuclear chaos, it is worth remembering how slender the threads are that hold back the forces of darkness. It might benefit Vlad to emerge briefly from his bubble and consider the fact that unleashing the Dogs of War leads to unpredictable results. In 1914, a web of treaties and intrigue ensnared the Great 19th Century Empires into World War 1… a War that spelled the end of ALL of those Empires. In 2022, Vlad thought a brief, painless invasion of Ukraine would enhance his narcissistic delusion of becoming the second Peter the Great… and now the smoldering wreckage of his delusions has backed him into a rat’s corner and led him to threaten nuclear catastrophe. Where that misplaced decision could lead is anyone’s guess.

I share the concern that Russia’s rhetoric about Ukraine unleashing a dirty bomb is a pretext for Russia to engage in a preemptive act of lunacy. It has occurred to me that one way that Vlad could attempt to pull the nuclear trigger while minimizing a nuclear response would be to strike Ukraine’s huge nuclear power plants. He could blame the resulting fall-out on Ukraine and the West. But he will have no more control over where those radioactive clouds literally & figuratively travel than the Austro-Hungarian Empire had over their fate after they unleashed the Great War…

Finally, in the midst of all this insanity, we have another rogue celebrity spouting tired, ludicrous anti-semitic tropes while threatening to go “Death con 3 on JEWISH PEOPLE”. I have no idea what Death con 3 means. I suspect that Kanye isn’t quite sure either. Defcon actually stands for a nuclear “Defense Readiness Condition” and Defcon 3 implies that the Air force can launch in 15 minutes. Does this mean that Kanye is 15 minutes away from launching his private jet in a Kamikaze attack on some poorly defined Jewish populace? I hope not and I am not really interested in attacking a man who seems to be suffering from mental illness.

I am, however, very concerned about the slippery slope that we must navigate in a time of partisan insanity where issues like pandemics and treason are politicized by both sides of the aisle. This is a time for Americans to truly be Americans First at the expense of parties and absurd prejudices.

Will inflation still be your number one concern if nuclear bombs begin to detonate or if nuclear plants become targets?